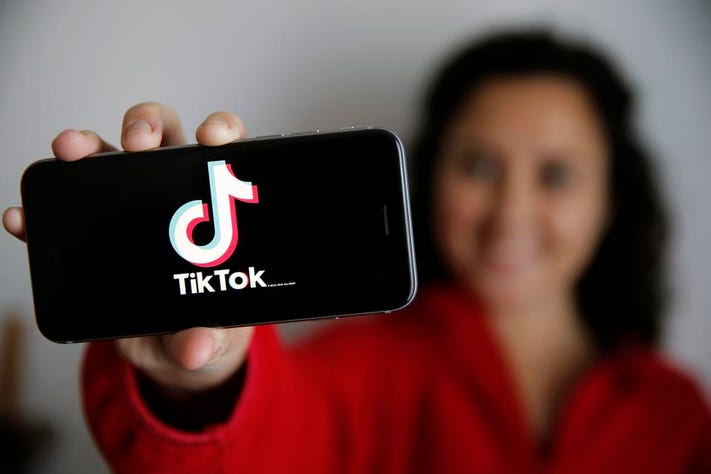 Every few years, a new app revolutionizes how we interact with social media. What is TikTok? Why is everyone wondering about it? TikTok is a video-sharing social media network, is the most popular app in the world as of 2021.

It's a hit with the kids. Adults are baffled by it. Its popularity, however, cannot be denied.

Whether you like it or not, social media is undergoing a massive migration as new platforms seize the cultural zeitgeist. They provide fresh and different ways to interact.

The widespread acceptance of new social media platforms occurs in cycles. From Myspace in 2005 to Facebook in 2008, and then to Instagram in 2014 (with a small interlude by Snapchat). It's never easy to switch to a new social platform, but once you do, you'll be glad you did.

TikTok, a smartphone app, is the current ruler in 2021.

Who Is The Creator Of TikTok?

Musical.ly (pronounced Musical-ly) was a social media app that became extremely popular among the 13-18 year old population in 2014. Musical.ly's major goal was to create user-generated videos that mixed popular music with footage submitted by users (often called Musers). The app's most popular application was to make videos of people lip-syncing and dancing. The Musical.ly app has over 200 million users by mid-2017.

ByteDance, a Chinese app company, released Douyin, a competitor to Musical.ly, in 2016. The app was once exclusively available in China, but it was renamed and rebranded as TikTok to appeal to a wider audience. Within a year, the TikTok app had over 100 million users, and lip sync videos were becoming increasingly popular.

Musical.ly was purchased by ByteDance for $800 million in late 2017. In 2018, Bytedance combined the user accounts of Musical.ly and TikTok, renaming the app TikTok and integrating the two apps into one.

The app immediately grew in popularity as a result of its united brand and user base. In early 2018, TikTok surpassed Instagram, WhatsApp, and YouTube as the most downloaded app on the Apple App Store. TikTok has approximately 500 million cumulative installs on the Google Play Store as of July 2019.

Who Uses TikTok And Why?

In China, TikTok is known as Douyin and has a user base of approximately 250 million people. TikTok is the app's name in the rest of the world, and it's available in 154 countries.

Outside of China, 40 percent of TikTok users are now based. India has a sizable user base, accounting for around a quarter of all app downloads to date. TikTok had approximately 14 million users in the United States as of March 2019.

China's internet users spent more than 600 million hours each day watching short videos, according to the 2019 Internet Trends Report. TikTok's popularity is still growing in 2021, and the TikTok app is a dominant force in the social media industry.

How Brands Are Using TikTok

Chiptole, a fast food restaurant, was another early adopter of the technology. The majority of their content focuses on the cuisine they serve, but they also host popular competitions for TikTok users to upload humorous films taken at their locations.

TikTok is being used by media businesses like The Washington Post and NBC to deliver sneak peeks at their upcoming material and to display their reporters' personalities through behind-the-scenes films.

Engagement and recruiting a new audience are the major goals for marketers on TikTok. While heritage brands excel at this, it's unclear whether smaller businesses will be able to achieve the same level of success on the platform.

The growth of mobile marketing on platforms like Instagram and Snapchat has demonstrated that with the appropriate audience, anything is possible.

TikTok is worth joining and experimenting with if you have a business or personal brand that produces video content. Every TikTok statistic indicates that the app will continue to expand until 2022 and beyond. As the TikTok app matures, its potential to provide advertising and marketing opportunities will undoubtedly become a bigger element of how businesses sell themselves online.

How It Rose To Popularity?

The TikTok app's popularity has skyrocketed since its initial release. It was the top downloaded photo and video app in the Apple store worldwide in October 2018. The app is said to have over 500 million monthly active users, with the United States being the most popular country, with over 80 million downloads.

Why Is TikTok Harmful?

TikTok allows users to communicate with anyone in the world, which has its own set of risks. "Like any social media network with a direct message or commenting capability, your child might be speaking with anyone, including strangers," Jordan warns.

Is It Safe To Go On TikTok?

Despite some legitimate worries, most cybersecurity experts believe TikTok is no more dangerous than other social networking apps. TikTok is a hugely popular social media platform where anyone can make and share short movies. The app has been criticized for data collection and privacy concerns.

What exactly is TikTok? TikTok is a site that combines music, lip sync videos, humor, and microblogging material. It is not a simple platform to grasp at first glance. It has even sparked the rise of Triller, a competing platform that seeks to divert some of the attention away from the app.