What Is Social Media Marketing? Learn More About The Most In Demand Niche In 2022 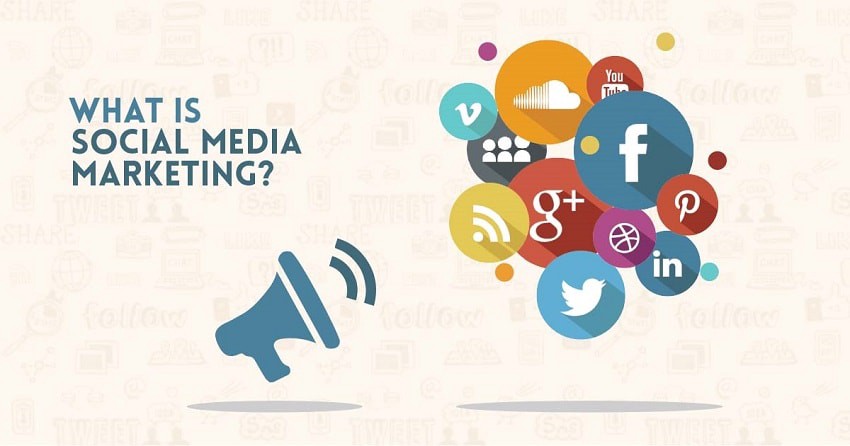 The way we operate as a society, particularly how we engage with each other, has altered as a result of social media. Businesses took notice as platforms like Facebook, Twitter, and Instagram grew in popularity as they began to employ social media marketing to promote their values on these sites.

What Is The Meaning Of Social Media Marketing?

The use of social media platforms to sell products and services is referred to as social media marketing (SMM).

Companies can use social media marketing to communicate with existing consumers and reach out to new ones while also promoting their intended brand, mission, and vision. This is due to the fact that these websites have the ability to influence customer behavior. Marketers can use a variety of tactics and strategies to promote content and get users to interact with it on social media networks.

Many social media platforms allow users to contribute precise demographic, geographic, and personal data, allowing advertisers to target their messages to what their target market is most likely to respond to.

Marketers also have the ability to track the performance of their efforts using social media marketing's purpose-built data analytics tools.

What Are The 6 Types Of Social Media Marketing?

A social networking site is a form of a social media site that allows you to meet others and reach out to people who have the same interests and backgrounds as you. Facebook, Twitter, Tiktok, and Instagram are the top four social media networks, yet 2022 could be a watershed year for several new entrants.

We can connect with our friends, family, and even brands through these platforms. Users can express their ideas, upload images and videos, and join interest groups on most social networking sites.

Users can collect and organize connections to a variety of online resources and sites using bookmarking websites. Users can "tag" links on these sites, making them easier to find and share. With more than 300 million active monthly users, Pinterest is another fantastic example of a tremendously popular bookmarking site, albeit Pinterest CEO Ben Silbermann has defined the site as more of a "library of ideas" than a social network.

Users can submit short written entries on microblogging systems, which can include connections to goods and service websites as well as links to other social media networks. Microblogging platforms usually create a "wall" or "newsfeed" or "online forum" to allow users to share specific information with their followers.

An online forum is a website that allows users to participate in discussions by posting and replying to messages from the community. A blog comment site is similar, although it's a little more specialized. The comments are usually focused on the attached blog's special topic. Blogger, Google's popular blogging platform, is well named. However, unlike the universal appeal of general social media sites, there appear to be an infinite number of blogging sites. This is due to the fact that many of them are niche-based.

Twitter is the most popular microblogging site, with over 321 million monthly active users. In March 2006, co-founder Jack Dorsey posted "just setting up my twttr" as the first tweet.

Users can upload news links to external websites on social news sites, and other users can vote them up or down, affecting their total exposure. In reality, this implies that the most popular links are displayed first.

Reddit is a great example of a long-lasting social news site. Reddit users input content such as links, text posts, and photographs, which are organized into "subreddits," which are user-created boards.

Users can share several forms of media on media-sharing websites, with image sharing and video hosting services being the most popular.

The majority of these sites also have social aspects, such as the ability to create profiles and the option to comment on the photographs or videos that have been submitted. These platforms primarily promote user-generated content, in which anybody may create, curate, and share original content that reflects their interests or sparks debate.

Since its inception in 2005, YouTube has grown to become one of the most well-known media-sharing services on the planet. In 2019, the platform received more than 500 hours of video footage each minute.

Often, a brand's essential message can be shared online without the need for a self-hosted website or venue. This is where community blogging platforms may be quite useful in assisting marketers in reaching their target audiences with the least amount of work.

Tumblr, a microblogging platform built for the sharing of multimedia and short-form blogging, and Medium, a fairly new online publication platform dedicated to so-called "social journalism," are two instances of community blogs.

Social media schedulers make it so much easier for social media managers to be active and engaged on social media, lightening their workload and allowing them to make a bigger impact.

If you are serious about getting your social channels in shape in 2022, you should add the following tools to your marketing toolset.

Buffer, a social media dashboard, allows you to fill your social media feed with compelling and engaging material without wasting most of your day on Facebook and Twitter.

Crafting social media content is a must-have skill. On Twitter, visual material receives three times the amount of engagement as plain text, so having outstanding visual content can help you take your marketing to the next level.

Biteable makes it simple to create short movies that are interesting, entertaining, and informative to post on social media.

Marketing requires thorough research. Buzzsumo is a research tool that tells you how well your content is performing and who is promoting it. It can be used to find keywords and topics that your target audience is interested in. It can be used to identify fresh posts to share or to look for content ideas based on what's working.

Social Media Marketing has been an important part of today's economy as well as in the future. It helps big companies and small local businesses reach their target market and resonate with their brand.